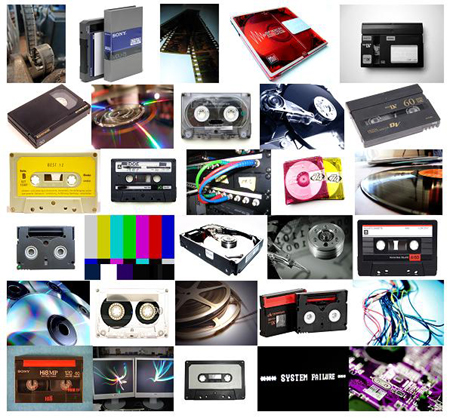 The Argos preservation program is a leading initiative to take stock of and preserve the Belgian audio-visual art patrimony.

While neighbouring countries have been paying attention to the preservation and restoration of magnetic picture carriers for years, until recently there was no institution in Belgium that systematically dealt with these aspects. The preservation of audio-visual works has always been ignored by policy makers and this for various reasons - first of all because the position of the audio-visual arts in the general policy on art has always been unclear.

Whereas preservation and restoration are self-evident, and are given priority in the field of the visual arts, these aspects do not seem to touch ground when it comes to the audio-visual arts. With the object of changing this situation, a preservation project was started by Argos in 1998. With this initiative Argos wants to validate the fragile Belgian audio-visual art patrimony and safeguard it for the future through cleaning, re-mastering and transferring deteriorating tapes from their original formats to more stable formats such as Betacam SP and Digital Betacam.

The preserved tapes are stored in a special humidity-controlled archive room under secure temperature.

Besides the physical preservation of the tapes Argos is involved in the professional cataloguing of a variety of sources and archivalia related to the works. The most important source of information consists of a vast reference library. The audio-visual collection and the reference library are complementary to one another. They are part of a media library, which can be consulted by appointment only. The Argos policy is not to consider archives as sanctuaries, but rather as intermediaries in an exchange between the past and the future. For Argos they are the basis of memory as a culturally critical engine. The preservation project finally gets this dynamics going.

Further phases will involve the preservation of video work made in the eighties.

Still in Flanders Argos established in 2003 PACKED - a mutual Platform for the preservation and archiving of artistic audio-visual creations - along with the contemporary art museums MUHKA, SMAK and Museum Dhondt-Dhaenens.

Internationally Argos is a member of The Association of Moving Image Archivists (AMIA), a worldwide network of moving image archivists. Argos is also a partner of GAMA (Gateway to Archives of Media Art), a central online portal to Media Art in Europe that is supported by the European Community's eContentplus programme. The partnership with GAMA is part of our ongoing efforts to open up the Argos archive to a larger audience.